Recently The New York Times published an article about the mounds of Ukraine. The journalist describes the significance of mounds for Ukrainians as one of the symbols of national identity. On the example or the Surski mound, which was diged last year, we see what is happening now with the oldest monuments in Ukraine. Ukraine is the land of mounds. Tens of thousands of ancient graves were the part of the Ukrainian landscape. Some of them were especially large. This is TOP 5 of the biggest mounds in Ukraine. 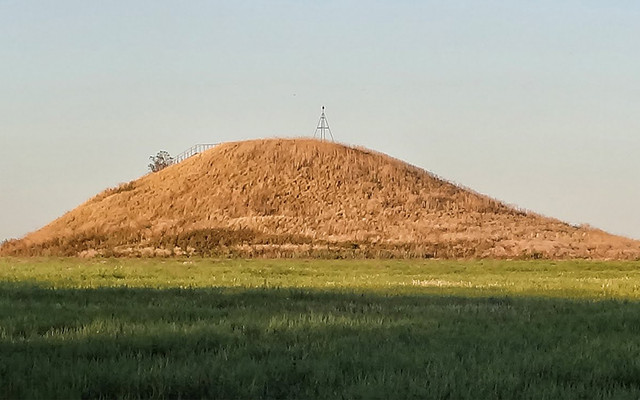 Scythian mound near the village Lukiyivka of Dnipropetrivsk region. The embankment was 36 000 m3. It is now 15 m high, but before World War II it was 3 m higher. There were battles on the mound at the end of 1943 and now a memorial to the fallen soldiers has been erected close to it. Fortunately, the mound has not been excavated yet. However, a few years ago, criminals digged a hole in the monument of national importance. The last royal mound has been robbed.

On the 4th place is the Luhova Mohyla mound. 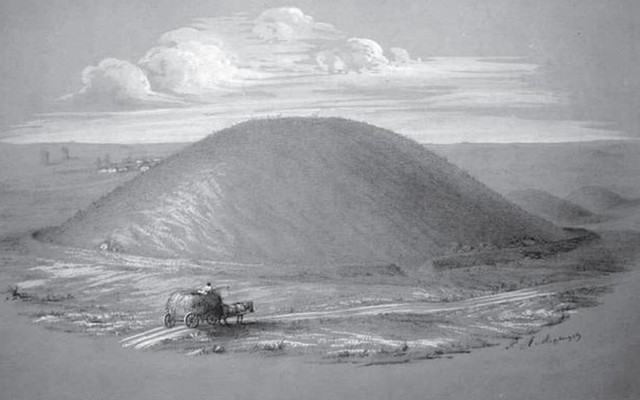 It is also known as the Alexandriopol mound. Royal mound of the 6th century BC in the Dnipropetrivsk region. The volume of the embankment is 40 000 m3. The mound was 21 m high and 100 m in diameter. The hifgth is equal to the 9 storied building. The tomb was so high and with steep slopes thanks to the stone crepe at the base and the stone shell.

Lugova grave was excavated by archaeologist Lutsenko in 1855. Here was found a rare image of the Scythian goddess daughter Borisphen.

On the 3rd place is the Solokha mound. 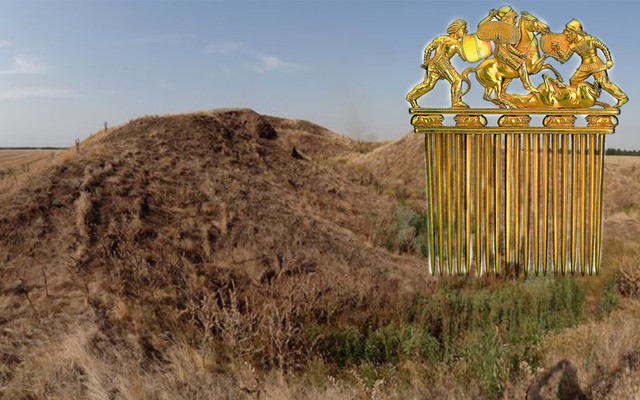 Located near Kamyanka, Zaporizhya region. The volume of the embankment is 52 000 m3. The height of the grave was 18 m and a diameter was 100 m. Why was? Because in 1912 the mound was excavated by archaeologist Veselovsky. He found a rich virgin burial of the Scythian king. The golden crest from this burial is now in the Hermitage. Solokha mound now has the status of a monument of national importance but it looks horrible.

On the 2nd place is the Chortomlyk mound. 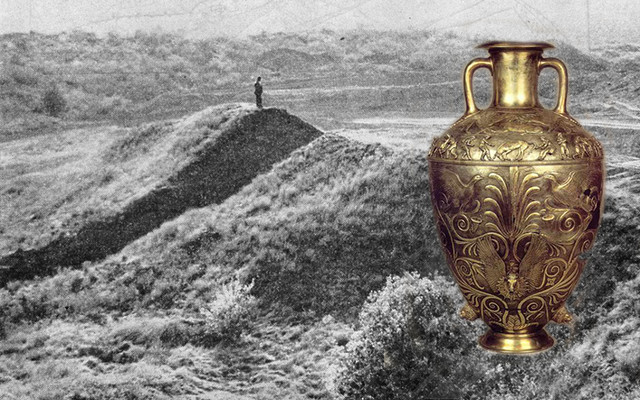 Large Scythian tomb of the 4th century BC. 20 m high, 350 m in diameter and 82 000 m3 in volume. Located near Nikopol, Dnipropetrivsk region. Archaeologist Zabelin excavated the king's tomb in 1862. The most valuable find a silver vase with scenes of Scythian life and many other golden and silver ornaments were also sent to the Hermitage.

On the 1st place is the Oguz mound. 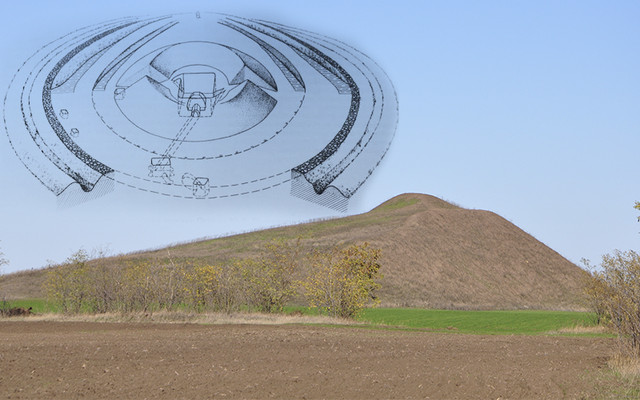 The largest mound of the Black Sea steppe was built in the 4th century BC and had a volume 117 000 m3. It is located in the Kherson region. It was an architectural masterpiece of that time. Height over 20 m and a diameter of 380 m. The mound was surrounded by a moat and an embankment. The mound was also surrounded by a ring of stones. In total, the Scythians brought 5 000 m3 of stones from the banks of the Dnieper river. Inside was a stone tomb. The stone blocks were fastened with metal staples. Inside were the rich burials of the king, his relatives and servants partially robbed in ancient times. Various researchers have been excavating the mound for 100 years. In 1988 the mound was partially restored and a memorial was erected.

There is war in Ukraine now. After the victory over Russia Ukraine will be recovered. Mound must be rebuilt as the graves of ancient heroes also. Mounds are the symbols of historical and spiritual memory and they are very important for the world heritage.